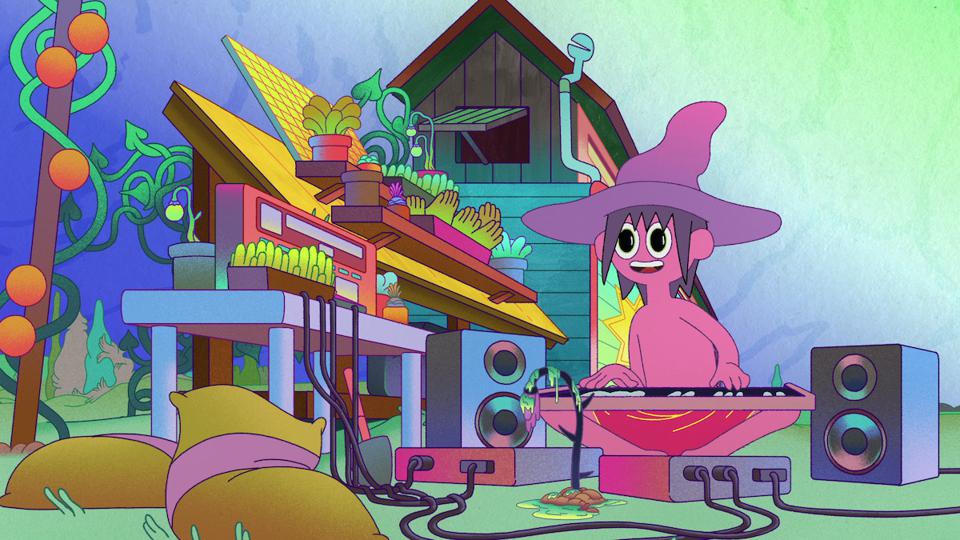 Midnight Gospel is a colorful, strange and absolutely unpredictable Netflix series that was released on April 20th (4/20). This show spoon feeds drug users with its vibrant palette and odd yet thoughtful story lines. The plot is driven by the delightful main character, Clancy, who travels to different simulated Earths and interviews bizarre characters and creatures for his spacecast (a podcast that goes into space). For example, in an early episode Clancy simulated going to an Earth in which a zombie apocalypse struck and interviewed the President, who was a baby. The two discussed exclusively drugs and gun rights while battling zombies. To be described in a word, Midnight Gospel is whacky, which is it’s biggest strength and weakness depending on who you ask. Watch this trailer to find out more:

“One of the show’s chief accomplishments is its ability to balance such gripping dialogue with such absorbing animation.”

VR in Culture and Media

Aside from being a fantastic watch in general, Midnight Gospel is also an incredible example of VR portrayed in culture and media. The entire plot revolves around this machine that Clancy uses, a simulator. The simulator transports him to these completely fabricated worlds, that the viewer may not even register as fabricated because we are watching along the journey with him. All of the simulations are versions of Earth, and although they have crazy characters, the idea is that they are rooted in an equally probable version of Earth– a reality that could very well exist. Everyone Clancy travels to has the full range of human emotion, thought processes, etc. but the environment and form they take is what makes this show ridiculous in nature.

I’ve discussed some of the concerns of VR in my last post, Was VR Born for Forlorn Porn? I was speaking more about the threat of sexual addiction that VR may pose, but the idea of getting lost in VR is one of the most prominent worries of the tech itself. Midnight Gospel is an example of how reality and virtual reality don’t necessarily look that different. In the end of the show (spoiler alert) Clancy’s simulator breaks down, and some of the kookiest, most colorful scenes and characters take place in his home and hometown, suggesting that the whacky simulated realities were actually very similar to what he usually experiences.